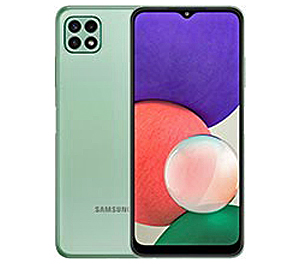 Samsung unveiled a unique model of the Galaxy S10 in 2019, which became the first 5G smartphone in the world. After a little more than two years, mobile devices with compatibility for fifth-generation networks have taken over. Almost every maker has embarked on a journey to reduce the cost of 5G cellphones. Samsung is no exception, having announced the Galaxy A22 5G, the company's most cheap smartphone with fifth-generation network capabilities.

A 6.6-inch FHD+ display with a 90Hz screen refresh rate, a 48MP triple camera configuration, and a MediaTek Dimensity 700 5G chipset are all included in the Samsung Galaxy A22 5G. It has 6GB of RAM and 128GB of inbuilt storage, and operates on One UI software based on Android 11 OS. It also comes with a big 5000 mAh battery that enables 15W fast charging through USB Type-C. In June 2021, Samsung officially unveiled the Galaxy A22 5G in the Philippines.

The Samsung Galaxy A22 5G has a triple back camera module with a 48-megapixel primary camera, a 5-megapixel ultrawide lens, and a 2-megapixel depth sensor for capturing great details in photos and movies. Furthermore, the 8MP front camera captures natural selfies that can be swiftly shared on social media. A 6.6-inch FHD+ Infinity-V Display with a 90Hz refresh rate ensures smooth scrolling on the Samsung Galaxy A22 5G. Furthermore, the device features a symmetrical smooth design with soft round edges for a perfect fit in the hands. When it comes to security, users can opt for a side-mounted fingerprint scanner or a face unlock option.

The Samsung Galaxy A22 5G is equipped with a 2.2GHz 7nm MediaTek Dimensity 700 5G processor, as well as 6GB of RAM and 128GB of expandable storage. The phone runs Android 11 with the One UI Core 3.1 interface and is powered by a 5,000mAh battery with a 15W rapid charging rate. Among the other features are 5G connectivity, Dolby Atmos, dual-band Wi-Fi, and a 3.5mm headphone input. Gray, White, Mint, and Violet are the four colours available for this midrange 5G smartphone.