Samsung Galaxy A52s vs A52 Review? 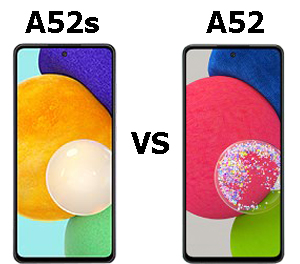 Communication is considered the first key to success and during this time of the pandemic when effective and physical communication is not possible. Cell phones have made this task easier by communicating and sharing information with others. With the advancements in technology, cell phones have been upgraded from time to time for facilitating their customers. Mobile phones are being used by people for many purposes as these electronic devices have become a basic need. In today's world, smart or android phones have gained much fame due to their striking features and qualities. Among all famous smart-phones developers throughout the world, the android phones of Samsung have become very popular among users.

From the period 2011 up to 2021, Samsung has become the largest manufacturer of smart mobile phones. Samsung due to its strong marketing strategy has become the best smartphone seller in the world. The company has launched many featured phones and smartphones and all of them have their special peculiarities. In recent days, it has introduced a new cell phone (Samsung Galaxy A52s) in August 2021, which has become the center of attention nowadays because of its trademark qualities. The people in the market are now comparing the traits and characteristics of A52s with its former model A52, which was launched in March 2021. Some minor alterations have been formed by the company in A52s.

How Samsung Galaxy A52s is Different from A52?

There are many reasons which make the Samsung Galaxy A52s more unique as compared to A52. A52s has the latest Bluetooth version 5.2. The main striking feature between these two mobile phones which compel its users towards itself is their chips. A52s is featured by Snapdragon 778G, while A52 is powered by Snapdragon 750G.

The security feature of A52s is also very interesting for the buyer as it has a fingerprint scanner which also has a screen for biometrics. This biometric and underneath protection specification of A52s has increased its rating.

Entertainment in terms of gaming is a remarkable trait of A52s. Therefore, you can enjoy different games and also other videos with cinematic sound without buffering problems. Furthermore, its super-5G will enhance your experience and you will find it fun to enjoy movies when using the phone. You can also achieve real-time connectivity without any delay.

The next more distinct quality of A52s is its colors. White, black, green, and purple are among those colors which are chosen by the majority of mobile users relative to A52's colors (white, black, pink, blue), which are very bright and not liked by customers. Its awesome color availability will be more appealing for you. By using this, you can instinctively share your files. Customers prefer those cell phones which have long battery life and A52s have this quality in contrast to A52. Many people bought cell phones only for their camera and A52s have Full HD video resolution.

Similar Features of A52s and A52

Some of the same features between these two models of Samsung Galaxy have made it feasible for its users to choose the most latest one. The layout of both phones is similar and they look alike. Regarding the display features, both have 6.5 inches LED screens. In the same way, the other dimensions like thickness, height, and width are also the same in both sets. Software is very important in digital technology and the most interesting thing about these cell phones is that both have the same version of operating system (Android 11). The camera's features are captivating in A52s and A52 with identical qualities of both the main camera and selfie camera.

Battery details including battery type, capacity, and charge power are comparable specifications that have increased the competition between two models of Samsung Galaxy phones. The next noticeable feature is the network support and A52s and A52, both have 5G network services, making it more workable and valuable. 5G is a very significant aspect of today's cell phones. The price of a cell phone makes a big difference and the cost of a phone determines the market value of cells. The great advantage of taking A52s is its reasonable price which can be affordable.

Below a comparison between Galaxy A52s and A52 has been drawn for your convenience.

You can easily choose between A52s and A52 models by figuring out the resemblances and dissimilarities as described in the above discussion. By viewing all specifications of both phones as concluded in the table, Galaxy A52s is much better than A52 in all aspects.

Thus, for enjoying all the latest specifications of the modern phone and to make your communication faster with others, Samsung Galaxy A52s will be an excellent choice for you as the digital trends of Samsung Galaxy A52s found it to be a proficient mid-range phone. 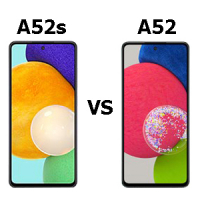